You Spin Me Right ‘Round, Baby

We’ve all seen them. They spin, they keep your hands busy, and they are extremely annoying when in the hands of a nine-year-old … It’s the spinner toy. For the record, the term “fidget spinner,” as they are often called, is already trademarked, and the trademarked item has nothing to do with the fidget toys that are currently flying off the shelves. But, just like the word “brain freeze” is trademarked by 7-Eleven, we all know that people will keep using that term regardless. 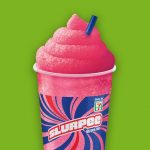 There seems to be an extensive trend right now – a cult following if you will – regarding these ever-popular toy spinners. Why these odd devices are running rampant, the world may never know. Anyway, there is apparently a debate as to whether or not these spinners are toys or meant to be therapeutic. Part of this confusion comes from mixed stories as to the origin of the spinner. If it was invented for relaxation purposes, especially for those with autism or anxiety disorders, then there is a definite cause for an uproar. But what if that isn’t exactly the case? There are a couple of stories floating around the internet pertaining to the development of the crazy pieces of rotating plastic. Let’s take a look

Catherine Hettinger, the inventor of the spinner, was attempting to create something that creates a soothing effect, after having an encounter in Israel where she watched young boys throwing rocks at police officers. However, once they hit the shelves, the fidget toys became a product that couldn’t be sold fast enough. Hettinger is apparently thrilled at the response for such a need – peace, control, and relief – despite the fact that she isn’t receiving any financial compensation since her original patent expired. 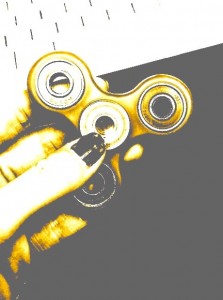 In 1993, Hettinger applied for a patent that she called a “spinning toy,” a circular item that spins between a person’s fingertips. She allowed her patent to expire in 2005; but in 2016, the now-popular spinners became extremely popular. Sure, they spin like Hettinger’s product but they are otherwise a completely different mechanism altogether. Of course, the public’s ability to post whatever they want on Wikipedia was the starting point of Hettinger receiving credit for the device. She has recognized and acknowledged the differences between the booming spins and her own toy, as well as stating that she doesn’t know who credited her on Wikipedia. Besides, seeing as the patent of her own toy would have expired in 2014 – even if she hadn’t let it lapse –  she still would have not received any royalties for the sales. While some blindly give her credit, the actual inventor of the toy has not been identified (based on searches for “spinning toy” patents).

Many schools are beginning to ban these because they’re distracting the students. However, parents seem to have a problem with this; some of the kids (like those with ADHD, for example) are being helped with their focus, anxiety, and productivity because of the spinners. Based on the second story of origin, these are nothing more than toys – but is the intended purpose truly important, even if it helps some people? Maybe school districts should take another look at it. I mean, if an antiseptic can become a popular mouthwash (yup, Listerine was first made to clean your cuts and scrapes), why can’t we be a little more open-minded on the benefits of spinners?

For the record, despite my initial despise of this ridiculous toy, I had the opportunity to try one out. As a person that deals with severe anxiety, I surprisingly found it extremely helpful. It actually prevented me from having a panic attack the other night. I try my best to not fall into the traps of cultural obsessions but, well, I definitely keep this in my desk at work… 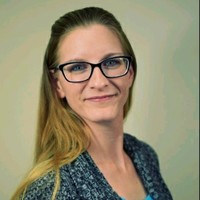